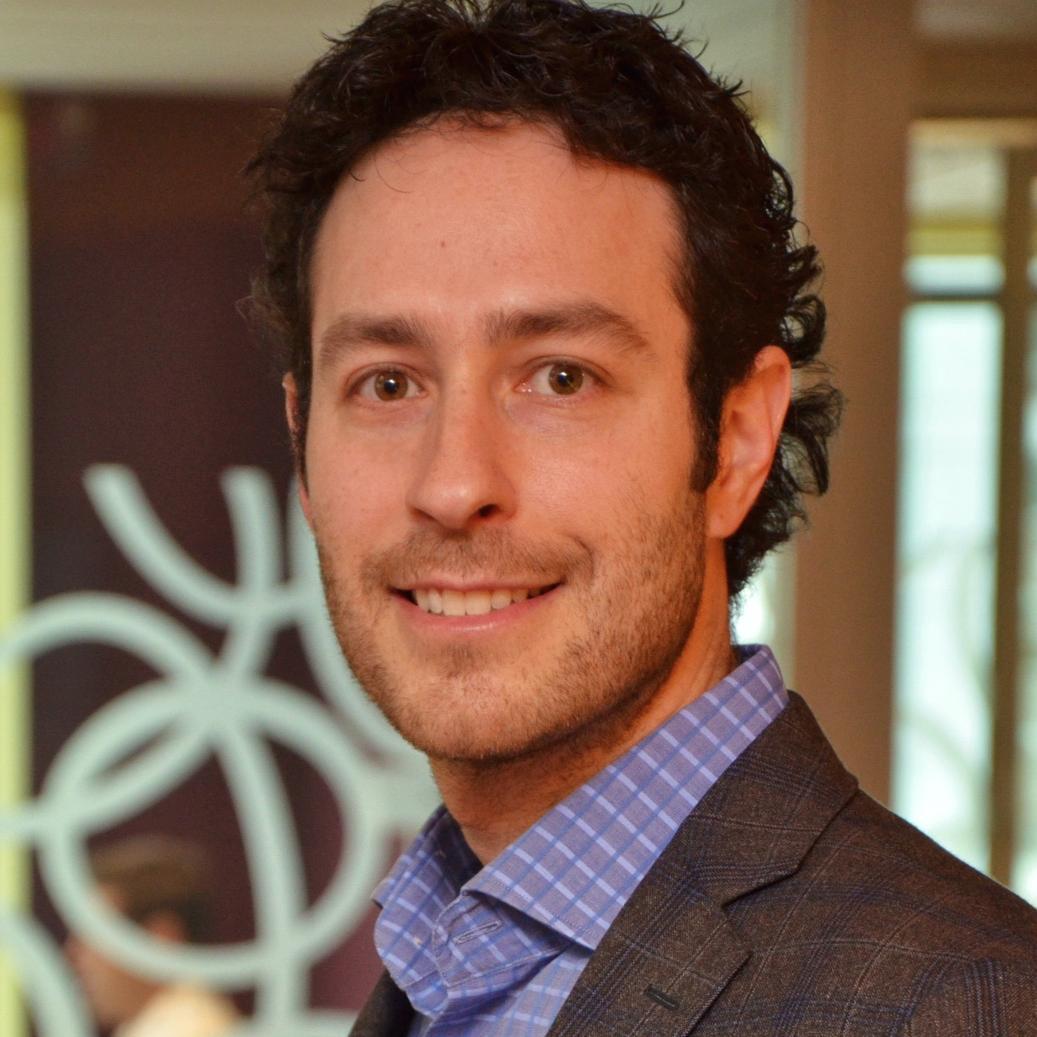 Empathy is a fundamental part of sales and emotions are deeply tied in with the buying process. As David Priemer, founder of Cerebral Selling puts it, "we buy feelings more than we buy logic."

Yet so many of us get hyper focused on products and features and forget the pain points we are trying to solve for. There needs to be a balance.

David Priemer is the Founder and Chief Sales Scientist at Cerebral Selling and adjunct lecturer at Queen’s University’s Smith School of Business. Previously, David was the Vice President of Commercial Sales and resident Sales Leadership Evangelist at Salesforce having joined via the acquisition of Rypple where he was one of the founding members and VP of Sales. He is a scientist turned 4-time tech entrepreneur.

We sat down for a conversation with him on social selling and how you can tap into emotions to drive sales.

Thank you for joining us David! We are curious about how your science background led you to sales and how it has shaped the way you think about selling.

I started off my career as a research scientist and, like most people, ended up in sales by accident.

I caught the startup bug at the turn of the dot com boom and the rest is history. I have always been curious about the “why” of the world - why is the sky blue and why do things happen a certain way. My engineering background has enabled me to streamline my thought process and I realized early on that sales is all about the why as well.

As soon as that realization hit me, I wanted to sink my teeth into sales, specifically start up sales.

It's been a great ride. I have been a part of four great startups thus far - three of which were acquired. One in particular was acquired by Salesforce, where I got to spend five amazing years learning how sales machines are built not just from an operational perspective but from a cultural perspective as well.

As I am sure we are all aware, sales as a function has a certain reputation and I want to change that. Sales does not have to be pushy and I want to teach people how to sell the right way - a way that will lead to an amazing reputation for this incredible profession. So I have decided to dedicate the second half of my career to teaching.

Storytelling is a big part of sales. On your website, one of the first things you ask visitors is, “Ever wonder why you don’t like talking to salespeople?” and you build the story from there.
What was the thought process behind this approach?

Sales is a tough profession and it tends to change every few years as technology improves and the number of solutions kind of increases.

Most organizations find themselves in what I call a sea of sameness because the barrier to creating a new solution, especially in the B2B space, is extremely low. And so what you end up with is just this sea of logos and solutions.

Businesses try to differentiate their solutions based on functions, features and integration but your buyers don’t care about how many platforms you integrate with. They operate on the principle of inertia.

Your buyers will just keep doing what they have always been doing, especially in the sea of sameness because there's just so many messages. We see this happening in our personal life as well, if you are always being marketed to, you just put on blinders and do not react to the noise anymore.

So the reason why I posed the question on my website is because the messages that eventually break through the noise tend to be very simple. They tend to be very emotionally driven and they help people make very fast decisions about whether or not your solution is something they want to learn about.

I have a training practice - I do some speaking and consulting but I don't lead with “Oh it's like sales training based on a B and C.”

Instead I used a thought provoking statement because when I ask a question that forces your brain to answer that question, you learn something about yourself, which is powerful.

You have to always position your audience as the hero of the story. You as a seller are not the hero of the story or the focal point, they are. When you ask them questions that target a specific pain point and makes them think, they are more likely to lean in and be interested in your services.

There a lot of companies out there that are selling technical solutions, that may not be perceived as the most interesting pieces of software. As a result, their messaging ends up being a bit bland. How would you suggest they make their messaging more interesting?

Well the first thing I would want to know is who are they trying to attract.

If you are selling an extremely technical solution that has technical messaging and your target audience is a technical buyer who is searching for that solution amongst a small number of vendors, they know that they are in the market for a solution. They would likely know who the competitors are and they would probably want to know why your solution is different from a technical standpoint.

The whole idea behind selling with empathy is that you meet your customers where they are.

Now if you're telling me that what you are selling is a very technical solution but your customers generally ignore it because there are a million other solutions that are like yours, that is when you have to level up your messaging.

Want to level up your messaging? Click on the video above.
‍

Businesses sometimes get so focused on a product or a solution that they forget about the pain point that they're really trying to solve for. So for businesses that are either still struggling to find that core messaging or maybe they think that they have found it but it just isn't working out, what would you tell them in order for them to really arrive on the internal center that is a great foundation to build off of.

Well what happens at the core is that you typically have something that's a high level message, that is strategic but is also quantifiable.

The fact that they're strategic and quantifiable is great but the reason people pay attention to this core messaging is because it is so easy for them to understand.

So our third startup acquired by Salesforce was a company called Rypple.

Rypple provided employee feedback coaching and recognition solution that was based on the premise that people want lots of feedback at work. There was really no good system in place to give people, especially young folks, the ongoing feedback that they wanted.
‍
So we had a choice when it came to messaging.
‍
We could lead with, we have the world's best solution for ongoing feedback coaching and recognition. And if you are let's say an H.R. professional or a sales leader who said, “you know what? I need this because my team keeps telling me they need more ongoing data.” - this will be a great solution.

However, if you were someone else who is just kind of going through your business with blinders on, the message wouldn't have knocked you off your seat. You would think, do I even need more feedback?

So what we did was, we led with a very polarizing message. It wasn't all about our allies who would readily use the product.
‍
It was based on the premise that we believe people want lots of feedback at work but they use the word hate to describe performance reviews. And people would laugh and say, “you have a solution to get me feedback without performance reviews? All right! I'm listening now.”

This visceral polarizing message was built around the fact that people hate performance reviews and it was polarizing because we picked an enemy.
‍

There is a Physics principle by Sir Isaac Newton that says objects in motion tend to stay in motion. You need to knock people off their inertia. If you're leaving with some big functional message about what you do, that may be enough to knock some people off but not enough to knock the people off that are just kind of operating with status quo bias. They will just keep doing what they're doing.

‍You just mentioned that one of the tactics is to create an enemy. Are there any other tactics that a marketing or a sales team can consider in order to make their messaging more impactful.

I would say you can also moderate the messages based on who you are.

I'll give you an example - Minivans. I have three kids. I mean I am in the full on minivan zone.

But there is also a segment of dads, and I actually I know there's lots of moms that are like this too that actually hate minivans, who buy the minivan because they need to.
‍
Wouldn't it be interesting if I was marketing a minivan in two different ways.

I could say, “We know your kids need lots of room and you need something that's super convenient that can take all your stuff.”

Or I can say “This is the minivan for people who hate minivans.”
‍

So if I'm a dad who hates minivans but have them because I need one, now all of a sudden I'm like OK you have my attention. Tell me about these awesome features of your van that are built for people who hate vans.

The lesson here is to moderate your statement based on who you're targeting and who the buyer is.

At the end of the day, a pain point or a problem is all rooted in emotion.
‍
Even if you're a B2B brand that is “unsexy”, there is someone out there who wants a problem solved and they're willing to spend tens of thousands of dollars on it.
‍
It's because it solves something emotional inside them. So figure out what is that emotion that you can tap into. If you really dig deep, do the research, ask your client and have those conversations, you will be able to figure it out.

And you know it's the emotions that we buy. I line up for the iPhone the day it's released when I could've just waited a week and picked one off the shelf instead. I'm doing that because I'm buying a feeling and we buy feelings more than we buy logic. We buy things for feeling. So when you think about selling, you're selling not just the feeling of what you believe but you're selling all the feelings that go around it.

Thank you David, where can people connect with you?

I'm happy to connect on social media but I also give away everything that I teach for free on my website without gating the content.

Share this article



Sign up for our newsletter
Thank you! Your submission has been received!
Oops! Something went wrong while submitting the form.